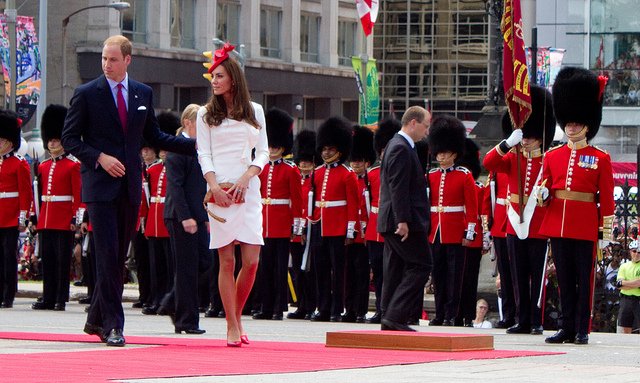 One of the best ways to determine the place that money has in your heart is to look at what you have sacrificed to acquire it, and what you might be sacrificing to keep it. Sometimes, an honest answer to that question can be quite scary.

Money is a tricky thing. We have to use it to get around in this world, and the  more adept we become at earning it and using it, the more great things we can accomplish with it. But like the Force, money has a dark side. The love of money is a root of all kinds of evil, and Jesus tells us that if we’re not careful to master our money, it can make slaves of us.

We’ve talked in theory about a lot of the ways that money can make you a slave: greed, stinginess, envy, debt and the like. But it’s also instructive to study the lives of people who exhibit the signs of financial slavery, to see how it manifests in their life. Fortunately, the Bible gives us numerous examples of such people. In this and coming articles, we’re going to examine what scripture says about these people, starting today with the “Rich Young Ruler.”

The Rich Young Ruler is a well known figure from Jesus’ ministry. It’s unclear why he has come to be known by that moniker (the New Testament text only says that he wealthy — it doesn’t mention his age or authority), but we’ll continue to refer to him by this traditional name. Three of the Gospels recount the story of his dialogue with Jesus. Let’s examine the story as it’s told in Mark 10:17-27.

17 As Jesus started on his way, a man ran up to him and fell on his knees before him. “Good teacher,” he asked, “what must I do to inherit eternal life?”

21 Jesus looked at him and loved him. “One thing you lack,” he said. “Go, sell everything you have and give to the poor, and you will have treasure in heaven. Then come, follow me.”

22 At this the man’s face fell. He went away sad, because he had great wealth.

23 Jesus looked around and said to his disciples, “How hard it is for the rich to enter the kingdom of God!”

26 The disciples were even more amazed, and said to each other, “Who then can be saved?”

27 Jesus looked at them and said, “With man this is impossible, but not with God; all things are possible with God.”

There’s a lot that we can take away from this story. One of the most compelling messages is the fact that money slavery can derail a person who is genuinely seeking to serve God and see His Kingdom come. You see, the Rich Young Ruler was a good, genuine guy. He had been careful to keep the Law of God throughout his whole life. And he had a real enthusiasm for his pursuit of eternal life — the text says that he ran to Jesus and fell at His feet. This is a young man who lived a holy life and was pursing God the best that he knew how.

Jesus saw a lot of potential in this young man, but he also saw one key weakness: He was a slave to his own wealth. Though He may not have known in the natural world that this was a rich man, Jesus prophetically calls out his wealth as the one thing holding him back. He asks him to sell all his possessions, give the money to the poor, and then follow Jesus as a disciple.

Stop for a moment and think about it: This is an astounding opportunity. This man recognizes Jesus as a great teacher and prophet. Jesus loves him, and is offering to bring him into the inner circle. The other men that Jesus invited to follow Him witnessed some of history’s greatest miracles, and went on to be the early leaders of the Christian church. Jesus is giving the Rich Young Ruler a chance to walk in fellowship with the Son of God, and to to play an instrumental role in the advancement of the Kingdom. And yet, the man walks away from it all.

Of course, we know why — despite all that he had going for him, and despite his genuine pursuit of God, the Rich Young Ruler was a money slave. Jesus identified the one thing that he was unwilling to give for the Kingdom of God. And his obsession with his own wealth kept him from the greatest opportunity of his life.

The lesson here is that financial bondage can tie us up in deep places when we’re not looking. Christian people can become money slaves. Righteous people can become money slaves. You can spend your entire life in church, “do everything right,” and still be a money slave. Ask yourself this question: If the call of God came to you, nudging you onto the mission field or into full-time ministry, would an attachment to money hold you back from obedience, and the greatest adventure of your life? For too many of us, it would.

It can be easy to come away from this story with a bleak outlook on money and wealth. After all, Jesus tells his disciples that it’s very difficult for a rich person to enter the  Kingdom of Heaven. Why is this? It’ s because God requires our whole hearts, and people with a lot of money have a tendency to value wealth in their hearts above everything else.

That’s not the end of the story, though. Jesus ends the discourse with hope. “With man this is impossible, but not with God,” He said. “With God, all things are possible.” God has the power and the desire to set us free from all kinds of slavery. There are many things holding us back that we can never escape on our own — that’s the nature of fallen man. But the beauty of the gospel is that God redeems us and frees us from everything that is holding us back.

If it’s money that has you in chains, I hope that you’ll allow Him to do the impossible in your life.