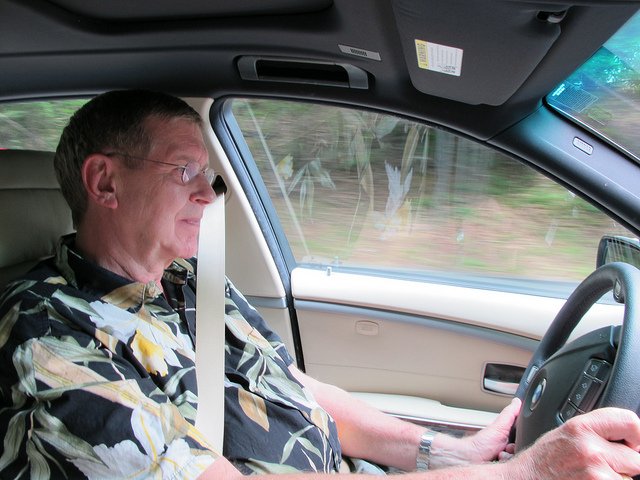 You’re 25 years old, at the beginning of your career, and excited about the world of possibilities that life has spread out before you. Believe it or not, this is the perfect time to begin thinking about retirement.

Sure, you’ve got 40 years or more of work ahead of you before you clock out of your professional life. So why begin thinking about retirement now, when that occasion seems a lifetime away? Because the key to a great retirement is great planning, and the more diligent and strategic you are when you’re young, the better off you’ll be in your golden years.

Retirement has long been one of the great financial goals of American society, and it presents a lot of enticing opportunities. But it’s also a really complicated thing to pull off. If you want to retire with a great income, that requires a great plan and great investing. Far too many people wait until middle age to start thinking about their retirement, and then panic to try to make up for lost time as quickly as possible. Save yourself the scare by building your retirement plans while you’re young.

On the surface, retirement sounds like a simple idea: You work until you’re 65, and then call it quits. You have a big party, then go home to spend the rest of your life at leisure — gardening, traveling, volunteering or simply watching TV. There’s just one problem: You’re going to continue to have lots of living expenses even after you stop working, and you’re going to need to find a way to pay for them.

In the past, this hasn’t always been a difficult proposition. In most societies throughout history, elderly people would live with their adult children and their families, and thus have their living expenses covered. In America, we don’t much like the thought of that, so we came up with systems that would allow retired folks to live independently as long as possible. In the 1930s, the US government created Social Security as a way of providing income to retirees based on taxes that they paid throughout their careers. That system is still in place today, and it provides some income to folks retiring now. But that income is not nearly enough, and the future of Social Security is in financial jeopardy.

Throughout the 20th century, many Americans counted on their employers to provide for them in retirement. After the Industrial Revolution, when large manufacturing companies made up the backbone of our economy, it was common for people to start low-level jobs with industrial giants as young adults, and then to work for those same companies for their entire careers. Most of those companies retained workers for 40 years or more because they promised to take care of them in retirement. Employees weren’t just working to pay for their present; they were working to pay for their future.

Big companies took care of those life-long employees through a financial vehicle that we call pensions. A pension is money that your employer promises to pay you for the rest of your life after you retire. In the old days, those pensions were set based on a percentage of the money that you earned when you were working. A pension may be set up to pay you 60 percent of what you made in your highest-earning year. For example, if you ended your career earning $50,000 per year, the company would pay you $30,000 per year after you retired. It’s was a pretty great system, except for one thing — it didn’t work for long.

As the 20th century drew to a close, and large numbers of Baby Boomers moved toward requirement, big companies and governments that had offered pension plans to their employees began to realize that those plans were turning out to be much more expensive than they had realized. Due to advances in medical science, retirees were living much longer than they had in the past. Corporations were having to spend more and more money to pay the people that weren’t working for them any more. Some went bankrupt because they couldn’t afford the pensions anymore. Slowly, the traditional pension went the way of the dinosaur.

Today, these traditional pensions are all but gone. Employers are no longer willing to commit to paying you a certain amount of money in perpetuity after you retire (we call this a “defined-benefit plan”). Instead, we’ve switched to a system where employees are responsible for planning for their own retirement, and their employers only commit to contributing some money to a worker’s retirement savings as long as at that person is working for them. That’s called a “defined-contribution plan,” and it’s the standard for retirement in today’s marketplace.

So what does all this mean? It means that your grandfather — and maybe even your dad — didn’t have to think about retirement much, because their employers had promised to take care of them. But you don’t have that luxury. You’re going to have to start planning for retirement now. And you have a lot more to figure out than they did.

In coming articles in this series, we’re going to talk a lot about the different retirement savings vehicles out there, and outline the best strategies for preparing for your retirement. It’s a complicated subject, and there are dozens of different directions that you could take. We’ll help you to make some sense of it all.

For now, the important thing to realize is this: You really can’t afford to put off your retirement planning. The more you work on it early in life, the better off you’ll end up when that day finally comes.