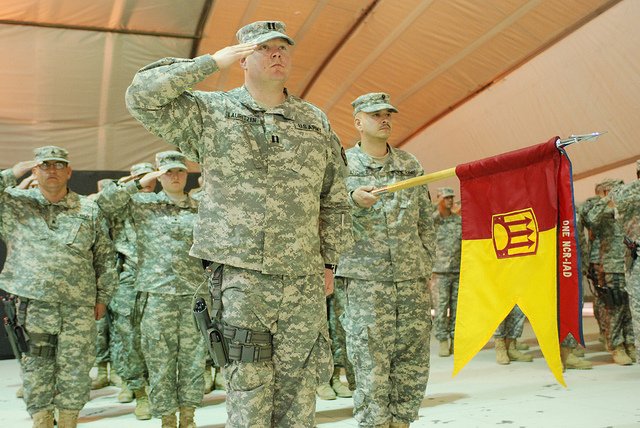 You may think that this is obvious; after all, it seems like the people who have the money are always in charge. It’s easy for us to draw the conclusion that money begets power, and this is sometimes the case. But have you ever considered the possibility that the reverse might be true as well?

Let’s take a look at the text. The passage is a bit lengthy, but it’s important to read the whole thing in order to learn the whole lesson. We’ll start in verse 11:

11 While they were listening to this, he went on to tell them a parable, because he was near Jerusalem and the people thought that the kingdom of God was going to appear at once. 12 He said: “A man of noble birth went to a distant country to have himself appointed king and then to return.13 So he called ten of his servants and gave them ten minas.[a] ‘Put this money to work,’ he said, ‘until I come back.’

14 “But his subjects hated him and sent a delegation after him to say, ‘We don’t want this man to be our king.’

15 “He was made king, however, and returned home. Then he sent for the servants to whom he had given the money, in order to find out what they had gained with it.

16 “The first one came and said, ‘Sir, your mina has earned ten more.’

17 “‘Well done, my good servant!’ his master replied. ‘Because you have been trustworthy in a very small matter, take charge of ten cities.’

18 “The second came and said, ‘Sir, your mina has earned five more.’

19 “His master answered, ‘You take charge of five cities.’

20 “Then another servant came and said, ‘Sir, here is your mina; I have kept it laid away in a piece of cloth. 21 I was afraid of you, because you are a hard man. You take out what you did not put in and reap what you did not sow.’

22 “His master replied, ‘I will judge you by your own words, you wicked servant! You knew, did you, that I am a hard man, taking out what I did not put in, and reaping what I did not sow? 23 Why then didn’t you put my money on deposit, so that when I came back, I could have collected it with interest?’

24 “Then he said to those standing by, ‘Take his mina away from him and give it to the one who has ten minas.’

26 “He replied, ‘I tell you that to everyone who has, more will be given, but as for the one who has nothing, even what they have will be taken away. 27 But those enemies of mine who did not want me to be king over them—bring them here and kill them in front of me.’”

There are several key differences between this story and the Parable of the Talents. One minor difference is that a mina is a much smaller amount of money than a talent — in fact, it represents only a small fraction of a talent’s value. But more important than the quantity of money is the context of authority that Jesus uses to tell the story.

In the Parable of the Talents, we’re told simply that the master goes away on a long journey. In this parable, though, we know precisely where he is going, and why: He is going away to be crowned as king. We also know that some of his subjects don’t want him to become king. In other words, they don’t recognize his authority. In fact, they sent a delegation behind the master to try to sabotage his ascension to the throne.

But not everyone was in on the plot. Some of the servants were faithful to their master, and recognized his authority. These are the servants who went out and put the master’s money to work, earning five and ten times more than what they were entrusted with. Because they understood his authority, they understood his expectations, and saw to it that his money produced a return on investment. When the master returned, he praised these servants, and put them in charge of cities (more on that in a minute).

Then we have the third servant. He recognized the master’s authority — he didn’t try to sabotage the coronation, and he admits that the master is a “hard man” — but he did not comply with his master’s expectations. Though he guarded the master’s money, he didn’t produce any gain, and was punished for failing to do what he knew he should have done.

Finally, we see the third group of subjects. These are the ones that don’t recognize the master’s authority at all, and try to stop him from ascending to the throne. Things don’t work out too well for them.

But it gets better from there: The servants that were in correct alignment with their master’s authority not only succeeded with his money, but received authority of their own. Look at what the master says to the first servant in verse 17: “Because you have been trustworthy in a very small matter, take charge of ten cities.” The same thing happened with the second servant. The master recognized their trustworthiness, and so he trusted them. Because they showed that they were submitted and responsive to his authority, he gave them authority of their own.

What can we learn from all of this? First of all, if we want to succeed with money, we have to recognize God’s authority. Remember, God owns everything, and only gives us wealth and possessions to manage on His behalf. Secondly, we have to meet God’s expectations. Many people believe in God, and even recognize His authority, but fail to walk in His ways when it comes to handling their money. Although the scripture gives us plenty of wisdom regarding finances, many believers don’t study it or follow it in this area. That’s too bad, because God promises that prosperity is a fruit of righteousness. If we handle money God’s way, we get God-sized results.

Finally, this parable reinforces the idea that the way we handle our money has larger consequences beyond the financial world. God gives authority to those who walk under His authority, and He’s looking at the way you handle your wealth to measure how trustworthy you are. If you want to grow in authority in the world and in the Kingdom, it’s important for you to be a fruitful steward of your worldly wealth.