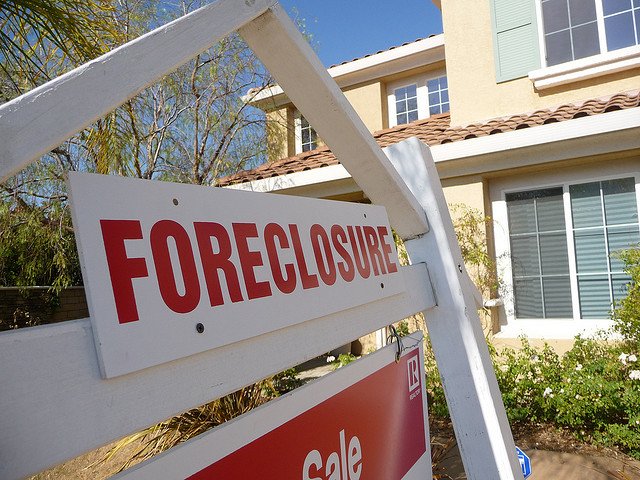 You’re buying a home, shopping for mortgages, and trying to wade your way through the overwhelming variety of loan options available to you. Here’s a tip to help you eliminate a bunch from the beginning: Forget about adjustable rate mortgages. They’re almost always a bad deal.

Buying a house is a big purchase, and it requires a large amount of caution. If you’re using a mortgage to buy the house, you must be even more careful. Because although mortgages are safer than consumer debt, there are still plenty of ways that a bad mortgage can get you into financial trouble. One of those ways is adjustable rates.

Adjustable rate mortgages (or ARMs as they are often called), came in to popularity about 20 years ago, and were widely used during the housing bubble of the 2000s. These mortgages are structured in such a way that they are very attractive to buyers at first… but after a few years, they can turn around and bite you hard. If you want to use wisdom in your mortgage, there are a lot of reasons to stick with fixed-rate loans.

First some background: On every mortgage, the bank that loans you money for a house is going to charge you interest on the money that they’re loaning you. Each monthly payment that you make to the bank will include some repayment of the original loan, as well as a significant amount of money to cover the interest that you owe. Since many mortgages can be loans of $100,000 or more, paying interest on these mortgages costs thousands of dollars a year. Fluctuations in the interest rate can change a monthly mortgage payment by hundreds of dollars.

There are a lot of different kinds of ARMs out there, with different terms and details. The most common ones work like this: You take out a loan that has a rate that is fixed for the first few years (usually three to seven years). That fixed rate is often significantly lower than the current rates on fixed mortgages. But once that initial period expires the loan converts, and your mortgage company can change the interest rate on your mortgage. For some mortgages, that rate is pegged to whatever the prevailing interest rates on the market are at the time that your loan converts. On others, lenders have a wide authority to increase or decrease your interest rate with little explanation.

What are the benefits of ARMs? Well, the benefits are perceived at best. Many people take out adjustable rate mortgages because the initial low rates save them money on their monthly mortgage payments (remember, small fluctuations in mortgage rates can represent hundreds of dollars of difference in monthly payments). The folks that do this are often stretching to get into the biggest, most expensive house that they can. They figure that an ARM lowers their mortgage payments for the first few years, which allows them to buy something more expensive than what they could get with a fixed-rate loan. They’re also hoping that by the time the loan converts to adjustable rates, they will be earning more money, and will be able to pay the higher adjustable rate at that time.

The problem with this is that it deceives people into buying more than they can really afford. If you have to use an adjustable rate mortgage to get your monthly payment to fit into your budget, you can’t really afford that house. And besides, you never know what will happen in the future: You may think that you’ll be earning more money in a few years, but a job loss, a medical emergency or some other financial catastrophe can change all that in an instant. It’s never a good idea to make financial decisions based on what you hope to earn later in life.

A lot of people in the last decade also took out ARMs because housing prices were rising rapidly at the time, and they figured that they would only stay in their home for a few years before they sold it to someone else for a lot more money than they paid for it. Since they only planned to stay in their homes for a few years, they took ARMs with low payments during the first few years, because they planned to move and pay off the mortgage before it converted. But when the housing bubble burst and prices quit rising, these same people found themselves stuck in their current homes. When their mortgages converted to adjustable rates, they got stuck with much higher monthly mortgage payments. Many couldn’t afford these new, higher payments, and it led to massive foreclosures.

Some people also get ARMs thinking that they can just refinance their mortgages when it’s time for the original loan to convert, thus avoiding the adjustable rates. This may seem like a good plan, but it’s only a good plan if interest rates remain low. If interest rates rise between now and the time that your loan converts, refinancing your loan won’t do you any good. You’ll still be stuck paying a higher interest rate. And since today’s mortgage interest rates are at historic lows, the chances are good that they will go up in the next five to seven years. After all, they can’t go much lower.

Adjustable rate mortgages may seem attractive, but the benefits that they offer are almost always outweighed by the high price that comes on the back end of the deal. Do yourself a favor and stick to fixed rate mortgages when you buy a home.