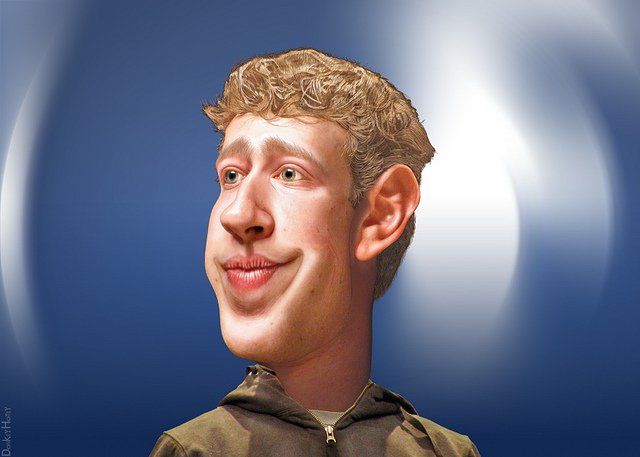 In the summer of 2004, an investor named Peter Thiel met a young technology entrepreneur, and decided to invest $500,000 in his new company (valuing the company at just under $5 million). For that investment, he got 10.2% equity in the company. Eight years later, the company went public, offering shares to investors on the New York Stock Exchange. Those stocks sold at such a high price that the entire company was valued at $104 billion, making Thiel’s investment now worth more than $10 billion dollars.

Thiel’s investment may be one of the greatest moves ever made in modern business history. The rapid success of the small company that he first invested in increased that value of his investment by more than 20,000 times. And though you may never have heard of Thiel, you’ve certainly heard of Facebook, the company that made him a billionaire.

In our series on investing, we’ve been talking a lot about public investments. Things like stocks, bonds and mutual funds all deal with investing in companies that are publicly owned (their stocks are available for purchase to anyone who is interested). Most investing done in America is public investing. But at the time that Peter Thiel bought into Facebook, it wasn’t a public company. This was a private investment, and it payed off much better than any public investment ever will. So is private investing a good option for you?

Maybe. Certainly, many people have made lots of money off of private investments. Maybe you have heard the term “venture capitalist,” which refers to people who make a profession out of investing their money in start up companies. Or perhaps you’ve seen the television show “Shark Tank,” where wealthy investors listen to pitches from entrepreneurs with the hopes of finding a good small company to invest in. Both of these are examples of private investment.

Here’s what you have to remember about the sharks on TV and high-powered venture capitalists like Peter Thiel: Although they’re making a lot of money off of these private investments, they are already very wealthy people to start with. When Thiel invested half a million dollars in Facebook in 2004, that wasn’t his whole retirement nest egg — it was just a small amount of his net worth that he decided to take a chance with. This holds true with the TV sharks: They are very wealthy people already, and the amount of money that they invest in private companies is a pittance compared to their entire financial portfolio. Even if they lose the entire amount of their investment, it won’t really make a dent in their wealth.

You and I, on the other hand, don’t have the large amounts of capital that these private investors own. That means that we have to be much more careful with the investments that we make. You may find yourself one day with $500,000 worth of retirement investments (in fact, I hope you do). But you should never take out that nest egg and invest it in a technology start-up, hoping that it will become the next Facebook. There’s a tiny chance that the company may succeed; chances are much better, though, that it will fail, and you will lose everything you invested.

Now, this is not to say that you should never make private investments. But if you do find yourself in the position to make a private investment, you need to be very careful to make sure that you’re investing wisely, and only risking a small amount of your wealth.

What would a private investment look like in your life? It would probably come in the form of a friend, family member or other acquaintance asking you to invest some money in their small company. If you have a reputation for handling your money wisely, people may turn to you for start-up capital. So what should you do if that happens?

Be very careful. Just because you have the money to invest doesn’t mean that you should. There are a ton of things to consider when making a private investment. Start first with the person you’re investing in. Do they have a track record of personal success? Are they bright, diligent and willing to work hard over long periods of time? Do they have upstanding personal character? Have they demonstrated wisdom in their own personal finances? If the answer to any of these questions is “no,” this is a business deal that you want to stay away from.

Next, consider their business idea. Does it seem like a viable business to you? Are they selling a product or service that is genuinely helpful to people? If they’ve been in business for a while, are their sales good? Are their business expenses under control? Has the business avoided taking on heavy debt? Do they have a solid plan for how they’re going to grow the business over the next year, five years and ten years? Again, if any of these questions can’t be answered in the affirmative, you want to steer clear.

Finally, you want to think about your role in all of this. If you invest, will you want to have a voice in how the company is run? If the business succeeds, how quickly will you get your money back, and when will you start seeing profits? If the business fails, will the loss of your investment mess up your financial life? And how will this investment affect your relationship with the business owner? If you invest money with a friend or family member, and then they lose the money, that’s going to create some interpersonal strain. Is your relationship strong enough to handle it?

In the end, if everything checks out well, you may find that a private investment is an exciting venture that can be financially and personally rewarding. If you’re confident in the company and its leadership, it’s okay to invest a small amount of your personal money into it. Just make sure that the amount of money that you’re risking isn’t enough to torpedo your own financial future.

After all, for every Facebook, there’s a MySpace. And you don’t want to invest your life savings in that.