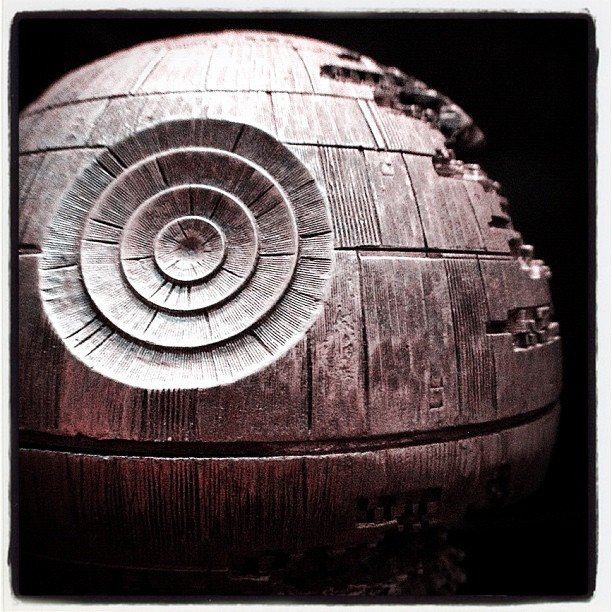 The Death Star had only one vulnerability, but attacking it in just that right place was the key to Luke Skywalker’s victory.

Whether you’re a Star Wars fan or not, the rebel attack on the Empire’s space fortress can teach you a lot about how to attack your debts. Just like the evil Empire, debt has a lot of us trapped in a systemic bondage that robs us of our financial and spiritual freedom. Many people don’t even realize that it’s a problem; those of us who have come to see the truth, however, become Freedom Fighters, willing to do all that it takes to defeat debt and restore order to the financial universe.

So how do we win? We have to think strategically and draw up a great battle plan.

Here’st the deal: If you have a big debt, or multiple small debts that add up to a big amount of money, that debt load can feel an awful lot like a Death Star. You make your minimum monthly payments, but it seems to hardly make a dent in your debts. The defenses seem impenetrable.

If you’ve slashed all of your spending so that you can use as much money as possible to pay off your debts, you’re moving in the right direction. The more money you can use to pay down debt each month, the bigger a weapon you have. So, now it’s time to plan your attack. What’s the best way to use the weapon you have to bring down your big “Debt Star”?

If you spread your attacks out over your entire debt load, it’s going to be hard to make much progress. Sure, you’ll eventually whittle them all away to nothing, but that could take months or years. During that time, you may not feel like you’re making much progress. And if you don’t feel like you’re making progress, it’s easy to lose your motivation and give up on the fight.

Just like Luke Skywalker found, the best strategy for destroying your debt is to find a weak point, and focus your attacks there. For most of us, that means identifying your smallest debt, and paying it off as quickly as possible.

Why focus on the smallest debt? Because it’s likely to be something that you can clear in just a few months. And when you pay it off, you get an awesome feeling of victory — you just won your first battle in the war against debt! Just like morale is critical for an army, these emotional rushes are important for us in the debt fight.

So, while you make the minimum payments on all of your other debts, spend everything else you can manage to pay off that first debt. Once it’s gone, you can move on to your next smallest debt. And this time, you have a little bit bigger weapon, because you don’t have to make payments on the debt that you already wiped out. So you focus your attack, and soon that second debt will be gone too.

It’s easy to see where this strategy is going — you keep paying off your smallest debts, and then rolling all of those payments into your weapon. Soon enough, you’ll be down to your one or two biggest debts, and you’ll have a giant wad of cash to throw at them every month. And you’ll have a giant wad of confidence from all of the debts that you’ve paid off so far. Armed with these things, you have everything you need to beat your five-figure car notes or student loans.

(One note here for the math geeks: Not everyone agrees that you should start by paying off your smallest loan. Some people say that you should start with the debt that has the highest interest rate, and save the low-interest loans for later. The reasoning is that paying off high-interest loans first saves you some money on interest payments, and that by the end of your debt war, you will have paid less money in total. That’s technically correct, and it works out for some people, although the amount of money saved can be pretty small. Still, some people will be motivated by those mathematical calculations. So if you really want to start by tackling your high-interest loans first, I don’t have a problem with that. Just make sure that you give yourself some opportunities to win over small debts early in the process, so that you can learn what winning feels like.)

However you choose to attack your debts, the important thing is that you find a weak spot and blast it until you win. It may take months or even years. But in the end, when the smoke clears, you’ll be standing tall, and your former Debt Star will be nothing more than a memory.

(By the way, I’m not the creator of this strategy — financial gurus have been teaching it for decades. Dave Ramsey, for example, made the strategy famous under the name “debt snowball”. I don’t want to take credit for these ideas, but I do want to present them in a way that will be helpful to you.)