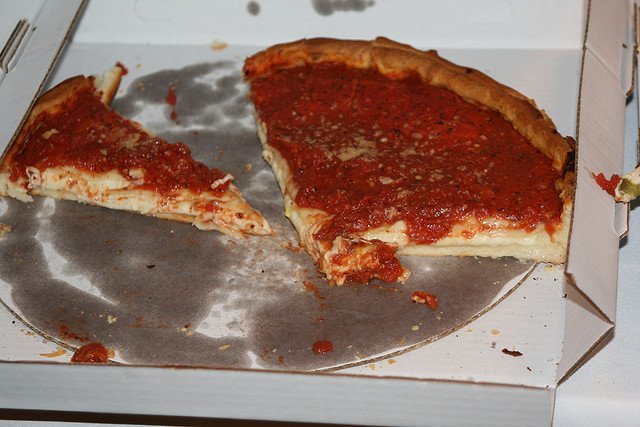 It’s just a pizza, but how you handle it can represent the success or failure of your family’s financial future.

Picture this scenario: It’s been a long day at work, you’re exhausted, your spouse is stressed, your kids are hungry and there’s no supper on the table. Your budget says that there’s no extra money for eating out this week. Your spouse is saying “let’s just order pizza.” You know that your checking account balance is low, but you can put that pizza on a credit card and deal with it later. So, do you ignore your financial plan and give in to the circumstances? It would sure be easy, and it doesn’t really seem to represent a threat. After all, it’s just a pizza.

In this series, we’ve been discussing the fact that God wants us to build a financial inheritance throughout our lives that will pass on to the next generation when we’re gone. And though you’re not thinking about that inheritance in the pizza scenario, the decision you make could have a big impact on the kind of inheritance you leave. Because great inheritances come from small decisions, and the way you handle money in small matters will shape the way your family views money altogether.

Let’s walk through the ways that this pizza scenario could play out. If you decide to pull out your credit card and call Papa John’s, you’ll certainly satisfy your kids, and your spouse will be grateful that you were “reasonable” about the situation. You may feel a little bit of guilt about the fact that you bucked your budget, or used a credit card to buy something that you couldn’t really afford… but that guilt will be balanced by the great feeling that comes from a happy family and a thick layer of mozzarella. In fact, you may think that this little indulgence hasn’t really impacted your family financially. But then in a week or two, you’ll have another hard day at work. The kids will see their opportunity, and start clamoring for pizza. Once you begin going down that road, the little indulgences start adding up to big problems.

Now, let’s say you take the opposite tack. Even though your spouse thinks that pizza would be easier, you calmly explain that a weeknight pizza dinner doesn’t fit into the budget you’ve already agreed on. Your beloved may not want to hear that — he or she may even argue with you about it — but later he or she will thank you for being strong enough to stick to the strategy that you have set out together. You’ll come up with something for dinner, and the kids will quickly move on to their next activity for the night. But they will also have learned an important lesson (whether they realize it or not) — we can’t let our temporary feelings and emotions win out over sound financial strategies. We can’t buy things just because we want them. And on the occasions that your family does order pizza, they’ll understand that it’s a special event.

You may say, “Wow, you’re reading way too much into this. It’s just a pizza!” But nothing is ever really that simple. The first time or two that you opt for the pizza, it feels like a one-time event. But six months later, you could look up and realize that you’ve been ordering pizza a couple of times a month, when it was never in your family’s budget.

Of course, I’m not really here to pick on pizza (my wife will tell you that I eat more than my share of it). What I want to point out is that little decisions turn into habits over time; those habits eventually turn into character traits and family traditions. And character and tradition make a big impact on the kind of inheritance that we build over our lifetimes. If we’re committed to building according to God’s Master Plan for our finances, and if we desire to leave a great inheritance, we’ll need to see to it that our small decisions line up with those big goals.

The way you handle money with your family will shape the inheritance that you eventually leave for them. Great inheritances come from small decisions, but they also come from great families. In coming articles, we’re going to look at how we should handle finances with our spouses, kids and extended families. For now, though, think about this: The way that you handle your next “pizza moment” is going to send a message to your family about money.

What do you want that message to be?