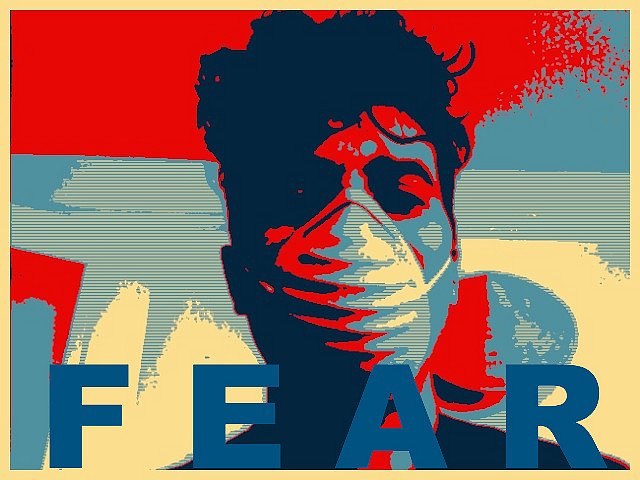 I once heard someone say that fear is the opposite of faith. If that’s true, it means that fear can hold us back from being faithful stewards of God’s money.

Everything that we have comes from God, and He wants us to be good and fruitful stewards of the resources that He gives us. He wants us to take His money and make it grow. But in order to do that, we’re going to have to overcome the fears that hold us back.

To learn about what it means to be a good and fruitful servant, we’ve been studying the Parable of the Talents found in Matthew 25:14-30. So far we’ve learned that stewardship starts by recognizing God’s sovereignty, and that good stewards are hard workers. There’s another important lesson here, though: Good stewards are not paralyzed by fear.

In this parable, a wealthy master has returned from a long journey to settle accounts with the servants that he left in charge of his money. Two of the servants have put the wealth to work and doubled their master’s money. But the third servant, who hid the money in the ground, gets a severe rebuke. Let’s pick up the story in verse 24:

26 “His master replied, ‘You wicked, lazy servant! So you knew that I harvest where I have not sown and gather where I have not scattered seed? 27 Well then, you should have put my money on deposit with the bankers, so that when I returned I would have received it back with interest.

28 “‘So take the bag of gold from him and give it to the one who has ten bags. 29 For whoever has will be given more, and they will have an abundance. Whoever does not have, even what they have will be taken from them. 30 And throw that worthless servant outside, into the darkness, where there will be weeping and gnashing of teeth.’

Why did the third servant fail? It wasn’t because he lacked the skills to grow the money (the parable tells us in verse 15 that the master allocated the money to each servant “according to his ability”). And it wasn’t because the servant didn’t understand the master’s expectations — in fact, he knew them quite well. He tells the master “I knew that you were a hard man, harvesting where you have not sown.” He understood that the master wanted his wealth to grow. Ignorance was not the issue. The problem was fear.

The servant failed in his mission because he was afraid. Look at verse 25: “I was afraid, and I went out and hid your gold in the ground.”

The lesson here is that fear leads us to bad financial management. The servant was so afraid of failing that he didn’t do anything to grow the money. His fear was so blinding that he wasn’t even willing to put the money in the bank, even though that move would be virtually risk free. The servant failed because he was paralyzed by fear.

I can’t help but wonder, what would have happened if the third servant had tried to grow the money and failed? What if he had lost all of the money in the process? Yes, the master may have been mad. But he may have also said, “Good. You’ve learned an important lesson. Now take another bag of gold and try again.”

God has given us all talents and resources, and the mandate to succeed. He’s setting us up to win financially. So if you’re not winning, maybe you need to ask yourself this: What am I afraid of?