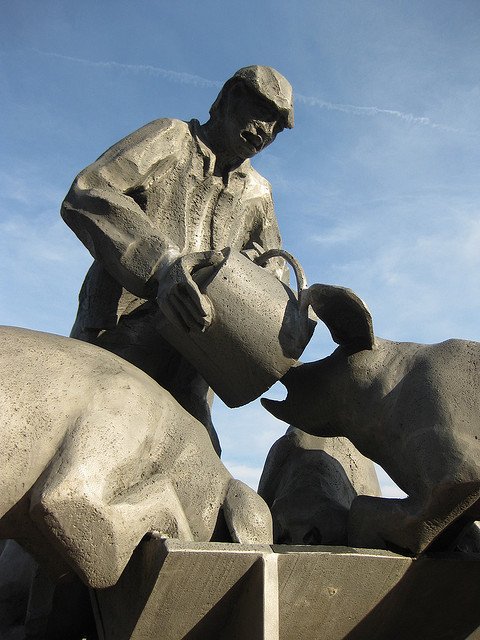 Did you ever hear the story of the young man who received a large financial inheritance that he was vastly under-prepared to handle? Things didn’t go so well for him. He squandered all of his money, and ended up eating pig food.

Yes, that story is one that Jesus told: the parable of the Prodigal Son. And while this parable deals with much bigger issues than money, we can draw some important lessons from it.

If we’ve handled money well throughout our lives, we will find ourselves with a great inheritance to pass on to future generations. God designed things to be that way — building an inheritance is part of His master plan for our finances. But as we’ll learn, it’s a bad idea to hyper-focus on the monetary side of the inheritances that we build. We must make sure that we’re handing down a spiritual inheritance that equips our heirs to handle the money.

In the parable of the Prodigal Son, we see an older man who has accumulated great wealth over his life, and a son who is eager to get his hands on that money. The son asks for his father to give him his inheritance, while the father is still alive. The father is heartbroken, but he obliges; the son quickly wastes the money on temporary pleasures, and soon finds himself so destitute that he must tend to a flock of pigs, just to scavenge some food from the bits they leave behind.

The parable goes on to tell a story of redemption and forgiveness. But let’s stop and examine how things got so bad to begin with. Was the father wrong for accumulating so much wealth? Certainly not. Nor was it out of place for that father to pass an inheritance on to his son.

The problem is that the son was completely unprepared to handle the inheritance. The time was not right for him to receive the wealth, and he insulted his father by asking to have the money while his father was still alive. This shows that he had a completely warped view of the value of money and the value of his father’s life. It’s no surprise, then, that he went on to squander all that he had been given.

What can we learn from this? One of the lessons here is that when we pass along our wealth to the next generation, we must also pass on the training and the tools that will help them to manage that wealth properly. Remember, inheritance isn’t just a way of giving our children a bunch of money to make their lives easier. God wants to to leave an inheritance on the earth so that your money can continue to work for His kingdom after you’re gone. But if the people who receive your financial inheritance haven’t also received a spiritual inheritance from you that equips them to use the money, they’re likely to waste it away, or to use it in ways that don’t glorify God.

So what are these spiritual building blocks of a great financial inheritance? There are many, but these come immediately to mind:

If we work hard to build an inheritance, shouldn’t we work equally as hard to see to it that the people that receive that inheritance are prepared to handle it well? I think we should.

Whatever we do, we must make sure that the people who receive our inheritance are well prepared to handle it. After all, the last place that you want to see a loved one eating is in the pig trough.