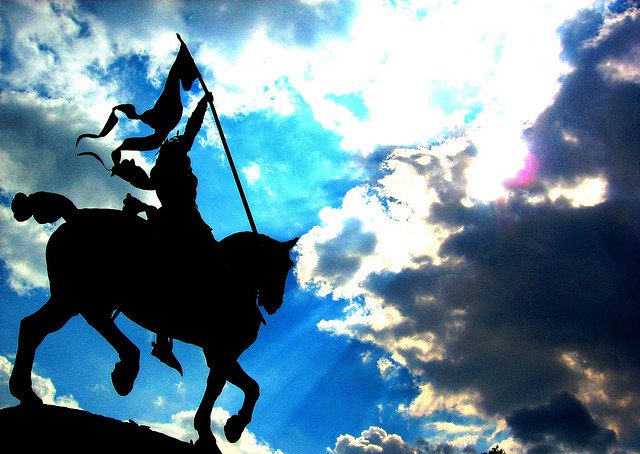 They are our collective heroes — patriots, rebels and brazen grass-roots leaders who stood up to injustice in the world and put everything on the line to create a better life for the rest of us. We call them Freedom Fighters, and you’re about to become one of them.

No, we’re not calling for an overthrow of our government (for all of its flaws, America’s system of government is still one of the best that the world has ever seen). But we are calling for a rebellion against debt, and the cultural institutions and habits that entice us into carrying balances and making payments for most of our lives.

We hope that by now we’ve convinced you that debt is a form of financial slavery. It’s not something that God designed to be a part of your financial life. And in order to find the freedom that God wants us to enjoy in our finances, we have to escape the bondage of debt. That means becoming freedom fighters.

Why do we need to use such extreme language? Well, extreme times call for extreme measures. Today, the average American has more than $16,000 in outstanding debt, not including their home mortgage. The payments it takes to service that debt will follow them for decades, and will amount to much more than the amount they borrowed to begin with. Debt loads this heavy permanently inhibit us from investing to grow our wealth. They certainly inhibit us from tithing and giving to support causes that make a difference in the world.

How did we end up in such a situation, where the average American has a five-digit debt load? It came through tradition, a habit of overspending, lax financial discipline and a culture that encourages us to borrow money to pay for luxurious things that we can’t really afford. Our society tells us a variety of myths about debt (mostly about how we can’t live without it). Some of our bad advice about debt even came from well-meaning friends and family.

That’s why it’s important to take on the mentality of Freedom Fighters. Heroes like Joan of Arc, William Wallace and George Washington saw that their popular cultures were shielding desperately dangerous situations, and they made it their lives’ work to change the culture.

If you’re stuck in debt, the slavery that it causes has got you in a trap, and the culture you live in tells you that it’s okay. But it’s not okay. Debt is ruining your financial life little by little. And the only way to break free is to fight.

In coming articles, we’re going to talk about the practical steps that help us to get out of debt for good. But for today, we want to inspire you to see yourself as a Freedom Fighter. We also want to encourage you to develop these character traits that make Freedom Fighters successful: