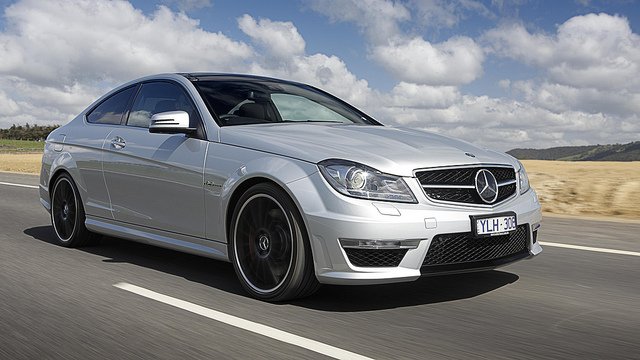 Ouch… that headline stings a little bit. I certainly don’t mean to offend anyone. But I’m afraid that if you’ve bought a brand-new car recently, you are, in fact, a sucker.

Please don’t take it personally — in a way, it’s almost not even your fault. After all, Americans have a well-documented love affair with automobiles. Dealers and car commercials make the latest model of any vehicle sound incredibly appealing. And in many social circles buying your first new car (and signing up for the accompanying debt) have become a rite of passage.

When we look past the slick marketing, the slippery payment terms and our collective cultural obsession, though, we’re left only with math. And math tells us that buying a new car is a sucker’s bet, indeed.

What makes new cars such a bum deal? Depreciation.

Think about it this way: When you buy a new car, do you realistically expect that you’ll drive it until it’s totally dead — 15 years, 150,000 miles or more? Probably not. At some point, you’re probably going to sell that car. And when you do, you’re going to lose a lot of money.

All cars depreciate in value as we drive them, and we have to account for this as we make financial plans. But the thing that stings so much about new cars is that they depreciate very, very quickly when we first buy them. A car’s value will never be higher than when it sits on the showroom floor. So when we buy a new car, we’re sinking the most money possible into that car. But as soon as you drive it off the lot, the car’s value plummets. Like a rock.

The truth is that the average new car loses 10% of it’s value as soon as you purchase it. So if you buy a $20,000 new car, and then it’s wrecked a week later, you’re only going to get $18,000 from the insurance company… because that’s all the car is worth.

The depreciation continues as you drive it. After four years, the typical new car has lost an astounding 50% of it’s initial value. To put that into concrete terms, a new car that you buy for $30,000 will be worth only $15,000 in four years. You’ve watched $15,000 in value simply disappear. That’s equivalent to $75 each week in lost value. Can you imagine pulling $75 out of your wallet every Monday morning and tossing it your window as you drive to work?

If you borrow money to buy that new car, the problem is even worse. The value of the car falls quickly, often much more quickly than the balance on your loan. It’s very common for new car buyers to end up underwater on their loans, owing more money to the bank than the car is worth. If you have a bad wreck or other financial emergency in life, this debt liability can leave you very dangerously exposed.

So, let’s review. When you buy a new car, you lose 10% of the value of your purchase immediately, and 50% after four years. But past that four-year mark, the depreciation of the car slows down to a much more reasonable rate. Which means that you can buy a four-year-old used car, drive it for a few years, and then turn around and sell it for a price that’s reasonably close to what you spent on it.

In other words, the first four years are the most expensive years in the life of a vehicle. If you buy a new car, you’re paying a huge premium for that “new car smell,” or for the bragging rights, prestige and excitement that you associate with owning a new vehicle.

Sadly, that four-year mark is exactly the time when many people start itching to upgrade… so they start the process all over again. The new car habit turns into a vicious cycle — you’re always paying top dollar for the “premium” years of car ownership. At the end of your driving career, you will have paid tens of thousands of dollars in extra money just for the enjoyment you get in having a new car.