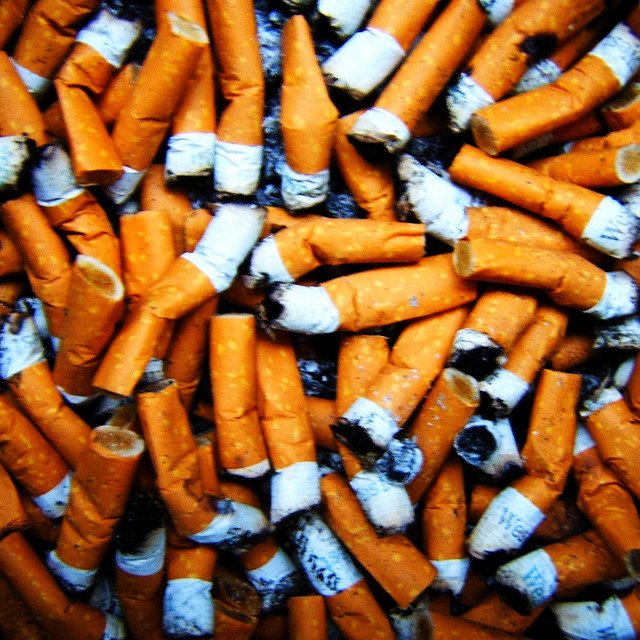 Pull a $100 bill out of your wallet. Now roll it up into a little money cigarette, set one end on fire, and inhale through the other side. The taste is exquisite.

That’s crazy, right? Nobody would ever destroy a bill worth that much money. And we all know that smoking is bad for you. But if you take out loans and make car payments in order to buy nice automobiles, you might as well be lighting up your c-notes.

We’ve talked about how America suffers from an extreme debt addiction. And while credit cards may be the crack cocaine of the middle class, car payments have become the financial equivalent of smoking: It’s no good for you at all, and yet it’s widely socially acceptable. In fact, one of the main reasons that people borrow money for cars is that all the other cool kids are doing it.

You may be asking yourself what could make car payments so dangerous. After all, everyone borrows money to buy cars, don’t they? And car dealers make it so easy for me to get financing when I shop with them. Certainly, they wouldn’t give so many loans if they were actually dangerous. Right?

Certainly, a tobacco company wouldn’t manufacture cigarettes if they were actually dangerous, right?

Wrong and wrong. Car loans are a bum deal for a bunch of reasons: Buying cars with loans can lead us into a payment trap, where low monthly payments trick us into a high overall price on a vehicle. And in the end, the interest that we pay on car loans makes the purchase cost much, much more than the price of the car. But the thing that makes borrowing money on cars so dangerous is the fact that cars always, always, always go down in value.

Never let anyone convince you that an automobile is an investment. Investments are always intended to go up in value, but the value of cars is always falling. Why? Because we drive them, that’s why. Every mile you put on your car destroys it just a little bit, and drags the value a little bit lower.

The falling value of cars in itself is an unfortunate fact of life. But adding debt to the equation makes the situation dangerous. Let’s look at an example, with round numbers for easy computation: You buy a car for $15,000, paying $2,000 down and financing the rest over five years (to make the monthly payments easy to afford). After three years, that car is only worth $10,000. But you owe $11,ooo because the payments are front-loaded with interest and only a small amount of your early payments goes toward reducing the principle.

Now let’s say that a distracted driver plows into your car in the middle of an intersection. Your vehicle is totaled. The other driver’s insurance company will pay you for your car… but only what the car is actually worth. You get a check for $10,000, but you owe the bank $11,000. That means that you’re $1,000 dollars in the hole. And you have no wheels.

This may seem like a worst-case scenario, but it happens all the time. Because the value of cars (especially new cars) drops so quickly, drivers often end up “underwater” on their vehicles, owing more to the bank than the care is actually worth. True, you’ll get right-side up again eventually when you pay off enough of the loan. But if you have a wreck while you still owe money on the car, you can end up in a world of hurt.

The worst part is that the dealer that sold you the car knew that you could end up underwater on the payments. But he didn’t care. He made his money when you bought an overpriced auto, and collected an extra bonus when he sold you a high-interest financing deal to go along with it. Once you drove the car off the lot, it was no longer his problem.

Like cigarette manufacturers, car dealers and the companies that finance automobile deals know that their products can get us into trouble. But they don’t really care, as long as they make their money.

Some people smoke for years and live into their 90s, and others die in their 50s from lung cancer. You might be able to gamble with car payments and get away with it. But you might also lose your shirt. The only certain way to win is to stay away from the stuff altogether.