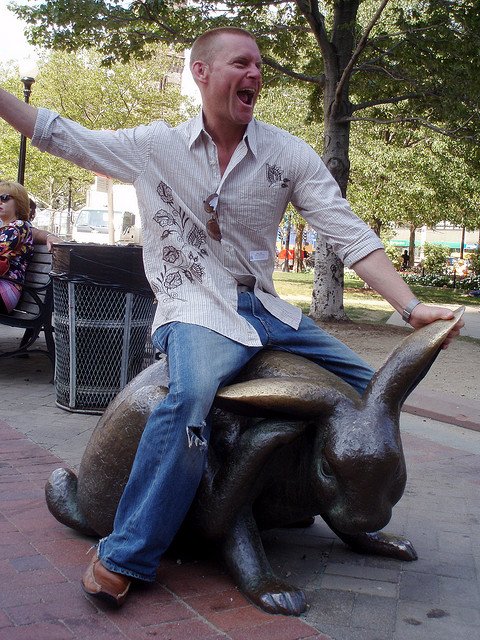 It may seem counter-intuitive, but working slowly is the best thing you can do to build wealth. It’s the lesson that you learned from “The Tortoise and the Hare” – slow and steady wins the race.

Once we’ve mastered our money and escaped the financial dangers of debt and out-of-control spending, we can make our money work for us. That means making the money that we have now grow, so that we can use it to meet future needs, give to organizations we care about, and build an inheritance for future generations.

There are lots of strategies out there for growing your money quickly, but they come with lots of dangers. The only sure way to win is to go slowly.

Once again, the Bible provides a great foundation for understanding this principle. Check out what Proverbs 13:11 has to say:

“Dishonest money dwindles away, but he who gathers money little by little makes it grow.”

If you’re looking for ways to grow your money, you’ll find no shortage of people out there who promise to provide big returns if you invest your money with them, buy into their businesses, or otherwise get into their schemes. Unfortunately, most of those folks range from naive incompetents to downright fraudsters. Anyone remember Bernie Madoff?

Building wealth quickly sounds fantastic, but it’s just not realistic in our world. If it was really that easy to multiply money quickly, everyone would be doing it. But that’s not the way that money works. Our wealth grows best when we build it little by little.

That’s not to say that investment doesn’t work – it certainly does. But as we begin to think about building wealth, we need to exercise a lot of wisdom. For example, mutual funds with the best track records tend to have shown returns of about 10% per year over their lifetimes (much more on this later). So a good rule of thumb is that someone who is promising you a return of a lot more than 10% is probably selling snake oil.

The problem with trying to build wealth very quickly is that it exposes us to a lot of dangers. If you find an investment opportunity that promises big returns, there’s a chance that it involves dishonest or illegal activity (the “dishonest gains” that Proverbs mentions). If it’s not illegal, it’s still certain to be incredibly risky, because big rewards only come with big risks. And while the risks may pay off for a few people, you are much more likely to lose your shirt in such a scenario.

We need look no further than our most recent economic struggles to see the truth in this principle. Powerful bankers saw an opportunity to make huge returns by giving high-interest-rate mortgages to “sub-prime” buyers who couldn’t really afford them. The bankers made lots of money… at first. But soon, when the buyers started defaulting on their loans, it caused a ripple effect that devastated the world economy.

Part of the problem was fueled by home prices that escalated far beyond the real value of the properties. Why did that happen? There were a bunch of reasons, but one of the chief causes was home speculators, who figured that they could make a lot of money by “flipping houses” – buying them cheaply, doing some renovations, and then selling them for much, much more than they were worth. Some very experienced investors and builders made money this way, but then the general public caught onto the strategy. Thousands of amateurs rushed into the market, took out big loans, and tried to make overnight profits flipping houses. In the end, most of them got soaked.

The point of all this is that going slowly is the best way to build wealth. God has known that all along. And if we’ll follow His wisdom, rather than rushing after high-yield opportunities that are too good to be true, we can protect ourselves from losses and count on age-old principles to build wealth over time.

Download my FREE E-BOOK, God's Master Plan for Your Money, to start your journey today!

​Your E-book is on its way!

​Check your email for

God's Master Plan for Your Money.